Learn How To Deal With Hallucinations In The Elderly

While there are many causes of hallucinations in the elderly, it is important to know what symptoms to watch for. Some examples are anxiety, talking to people who aren’t there, insomnia, and changes in mood. Here are some tips on how to deal with hallucinations plus knowing when it’s ok to do nothing. 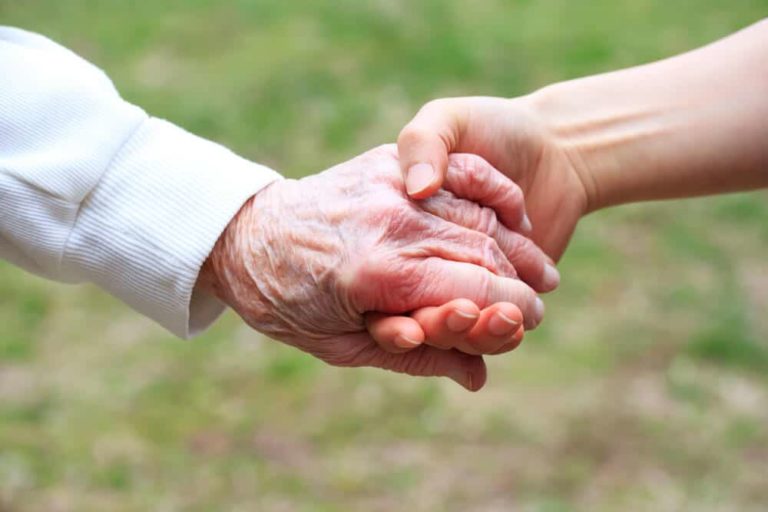 While there are many causes of hallucinations in the elderly, it is important to know what symptoms to watch for. Some examples are anxiety, talking to people who aren’t there, insomnia, and changes in mood. Here are some tips on how to deal with hallucinations plus knowing when it’s ok to do nothing.

A hallucination is normally defined as an ‘abnormal sensory perception’. These can be both auditory and visual, and they happen when people are consciously awake. In short, someone experiencing a hallucination is someone hearing or seeing things that aren’t there.

There are many different causes of hallucinations, but there are a select handful that impact senior citizens and the elderly. Aging relatives suffering from hallucinations might get agitated and even scared easily, so they shouldn’t be left alone.

Keep reading to learn common causes of elderly hallucinations, frequent symptoms of these episodes, and 5 ways you can deal with them.

Hallucinations are not easy to diagnose. A lot of family members might even question the very validity of complaints from older relatives about such things. If it might be happening, it’s crucial to schedule an appointment with a doctor, since these hallucinations might be indicating something serious.

Doctors usually try and eliminate the possibility of psychiatric disorders that might lead to hallucinations before doing anything else. These include cases of depression, bipolar disorder, and schizophrenia.

There are other frequent causes for hallucinations, in both the elderly and others. They include but are not limited to the following:

Hallucination Symptoms to Watch Out For

Unless carefully observed, it’s possible for hallucinations to just go unnoticed. Caregivers need to look out for symptoms like:

Again, consult a physician for diagnosis and potential treatment. For instance, those with Charles Bonnet syndrome might suffer fewer hallucinations if their environment is brighter. Also, anti-depressants and anti-anxiety medication are often useful prescriptions.

Here are some suggestion on how to deal with the hallucinations of an elderly loved one.

1) Determine If Response Is Even Necessary

Even if your older adult is having a hallucination, it might not be an unpleasant one. If it’s not hurting them, you might want to consider leaving them be. It might be distressing to you, but if they’re okay, just accept it for the symptom of dementia that it is and let it be.

Stay calm if someone is going through a dementia hallucination. Don’t argue with them, and don’t try to contradict them with rational thought or logic. In fact, what you should do is offer reassurance and validate their feelings. Hallucinations might not be actually real, but what they’re feeling, seeing, and hearing is very real to them.

If they feel like you don’t believe them, it might upset them even worse. If you can, get them talking about what they’re seeing. Be kind, and ask them what you can do to help them feel safe.

Many times, you might be able to look around the environment of your loved one and determine specific triggers. If so, remove them. Visual stimulation and background noises are frequent triggers for hallucinations.

If someone is having a dementia-related hallucination, avoid long-winded explanations about anything going on. They’re in distress, and trying to process anything you say might make things worse for them.

It’s much better to just pat them on the arm or shoulder, or just hug them, while saying “Don’t worry. I’m here, and I’ll protect you.”

5) The Art Of Distraction

If you can, distract your senior from any hallucinations going on. Get them to focus on something that they like to do. Get them involved in a chore. Have them look at family photos they love. Do a fun puzzle together. Eat something tasty. Sing one of their favorite songs. Also, just try talking to them. It’s harder to hear hallucinatory voices if they’re focusing their attention on you.

Watch for the symptoms of hallucinations in your loved one. If you suspect they are having a hallucination, try to make a quick determination whether or not they are distressed by it. If they are, try to calm them by letting them know you are with them, love them, and support them.

Once the situation is stable, contact their doctor and discuss the problem with them. Use their guidance to determine next steps.

Do you have any experience dealing with hallucinations that you would like to share? Please tell me about it in the comments below!