Music for Seniors: Keep Your Brain Young with Music

Did you know that music can influence the way you think and see the world? Yup, that’s right, music can even calm you down for longer periods of time, even changing you from being, for example, an uninterested person to one that is longing for adventure. Learn more about how music affects seniors.

Income Disclosure: Product recommendations are based on my personal experience working with seniors. I may earn a commission on items purchased from affiliate links in this guide. Learn More.

Why do so many people turn to music when they’re experiencing good or bad things in life? Why is music such a large part of our lives when it’s just a bunch of sounds mashed together to sound like something complete? The truth is, you can speculate as much as you want, but the number one reason is not clear.

Human beings like hearing music, whatever the genre might be. Some people like country music whilst others like pop, rock, jazz, and others. Music is universal and can help many people with many issues. So, what exactly can it do to seniors?

There are a couple of videos on YouTube that feature grandpas with illnesses such as Alzheimer’s, Parkinson’s, and others. The videos feature these people listening to music from their youth and suddenly – they look young and joyful again! It’s fascinating, and we’re just starting to understand what’s happening.

What’s the exact connection between our brains and music? Unfortunately, we don’t know exactly. There have been talks about how music is mathematical, structural, and architectural. It’s a fancy way of saying it’s complicated. Your brain doesn’t exactly do it as simply as we thought. It’s all a rather complicated process but one that is extremely familiar to us.

On top of that, music doesn’t come into our ears as music but as vibrations which are traveling through the air. The vibrations ‘tickle’ our eardrums and they are transformed into electrical signals that reach the brain stem through the auditory nerve.

Our brains usually get used to the same music we listen to all the time so making specific changes isn’t easy. You might hate the sound at first, but listening to what younger people listen to, can influence your creativity actively.

You’re forcing your brain to work in ways it didn’t before (by listening to music you didn’t hear before), so new branches of creativity start getting created.

Recall a Memory From Long Ago

Memories are weird little things. They stay in our mind for some time and then disappear, whilst others stay there forever. And then, there are those which appear again once something familiar happens. In this case, playing a couple of songs from when you were a child might boost your memory, so you start recovering old memories from a past time.

Music is a great way to do this, and you should always try to experiment with new songs while listening to what you’re comfortable with!

It Improves Your Concentration Level

Some people find that listening to music on a CD player while they’re working has a positive effect on how they feel about work and how well they’re doing it. The truth of the matter is that music can improve your concentration levels by a pretty good margin.

You don’t need to listen to anything that you don’t like; this is not the time for experimentation. If you’re playing some chess and need to think, maybe you’d prefer listening to some calm and relaxing music. Or you may not and would prefer to play in silence. We’re all different but why not give it a shot? You never know what might happen and what to expect!

Music Can be Medicine for Your Mind

Who would have thought that music can be useful in so many ways? Maybe you’re a senior that likes going to the gym and doing some physical activity to stay fit and whatnot. Good for you! That’s very commendable since there are those that never step foot in a gym so this is an achievement in itself.

Anyway, maybe you should start listening to some music when you’re working out. Or, if you’re at home and like making lunch – play some tunes and make the experience even better. Whenever you’re having issues, merely shut the outside world off and give some songs a listen. Science has shown that music can serve as medicine for the mind.

Music lessons are a must if you want to start playing a musical instrument. And why wouldn’t you, there have been many cases where people had a bad day and came home to their piano, guitar, violin and just started playing. This made them happy and relieved some stress, which is precisely what you might need.

Don’t go for any commercial options about stress release or methods to make yourself happy; music is completely enough! Plus, everyone will start congratulating you for playing a musical instrument – everyone loves musical people!

Music Can Change Your Thinking and Relieves Stress

Did you know that music can influence the way you think and see the world? Yup, that’s right, music can even calm you down for longer periods of time, even changing you from being, for example, an uninterested person to one that is longing for adventure.

Additionally, music can relieve stress pretty well. Many younger people listen to music when they’re having a bad day or feel terrible about themselves because of something, and seniors should do this as well. Let ’s just say that everyone needs some music in their life!

The conclusion of this article is, no matter how old you are and in what decade of life, music can turn your life around and make it more positive. It might even prolong your life, you never know. There’s so much to choose from that there’s absolutely no way you’ll get bored of all the genres and musical masterpieces!

Good luck and have fun!

Learn More About Games and Fun 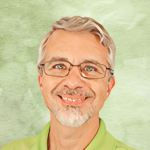 Scott Grant has spent more than 20 years serving seniors and the elderly in the home medical equipment industry. He has worked as a manufacturer's rep for the top medical equipment companies and a custom wheelchair specialist at a durable medical equipment (DME) provider in WV. He is father to 4 beautiful daughters and has three terrific grandkids. When not promoting better living for older adults, he enjoys outdoor activities including hiking and kayaking and early morning runs.

Enter your email address to subscribe to our weekly email newsletter to get updates on new guides for seniors and the elderly and savings on senior-friendly products. And, of course, we will never sell or share your email address!

© Copyright text 2017-2022 by Graying With Grace, LLC. Nothing on this site should be construed as medical advice. I am not a medical professional and no information on Graying With Grace should be taken over the advice of a medical professional. This blog is for informational purposes only and posts are based on my personal opinions. I am a participant in the Amazon Services LLC Associates Program, and as an Amazon Associate I earn from qualifying purchases.