Understanding The Causes And Consequences Of Poor Nutrition In Seniors

Identifying age-related changes to our bodies before they affect out health is critical to understanding poor nutrition in seniors. Only then can reduce and maybe prevent the consequences of poor nutrition for older adults. 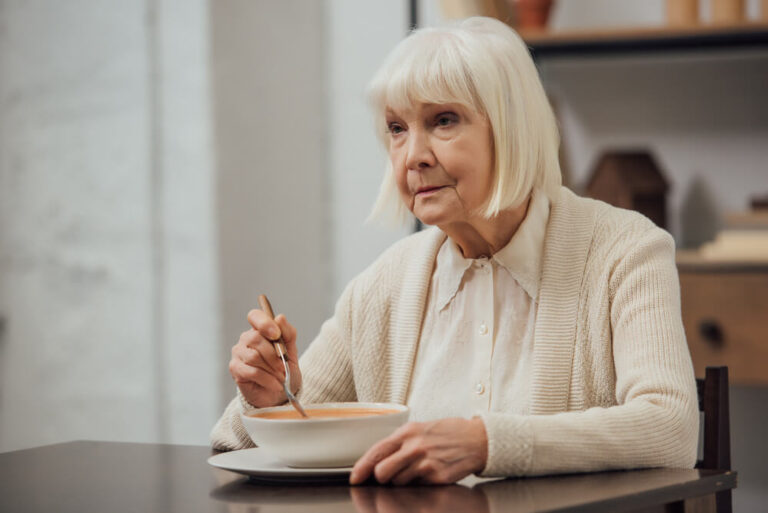 Identifying age-related changes to our bodies before they affect out health is critical to understanding poor nutrition in seniors. Only then can reduce and maybe prevent the consequences of poor nutrition for older adults.

Whether you are a senior adult or a caregiver, daily nutrition should be a primary concern. Malnutrition can have serious consequences even in younger, healthy adults. Those consequences become even more severe when dealing with people above the age of 65.

“Information is power” as they say so learning as much as you can about senior nutrition is a great place to start.

The Changing Body And Its Needs

Can you remember when your body was going through certain changes when you were becoming a teenager? Did you know this same body will also progress through several other noticeable periods of change as you age? For seniors, the body goes through quite a few significant changes between the years of 65 and 75.

It’s important to understand these changes and how they affect the body. Identifying these natural changes also makes it easier to know whether a senior is suffering from malnutrition or is progressing naturally.

One of the major changes that seniors experience is a change in fat storage after a certain age. Most experts agree that body fat stops increasing around the age of 75. From that point, body fat may remain the same or it may begin to decrease.

Similar changes happen with muscle mass and bone. The decline of muscle mass and other non-fat body mass can begin as early as 40 years old. So, by the time a person has reached the age of 75, they may have naturally experienced a significant loss of lean body mass.

These changes may be considered natural, but they aren’t necessarily healthy. A loss of muscle mass and other tissues has been linked to increased mortality rates through various studies. This makes proper nutrition in the elderly even more important because they are already dealing with an increased risk of harmful health conditions.

The Main Causes Of Malnutrition In The Elderly

Malnutrition can be difficult to spot at first because it is not always linked to a single problem or condition. Spotting malnutrition early requires paying close attention to eating habits. It’s always best to identify a lack of nutrition before it has time to affect a person’s weight in any significant way. At this point, damage is already done.

Changes in the Senses

There are several reasons why a senior might change their eating habits and ultimately suffer from a lack of nutrition. Changes in the way a person sees, smells, or tastes food can have a major impact on their appetite. They may begin to gradually turn down certain foods until their diet is extremely limited and they aren’t consuming adequate nutrients.

A variety of medical conditions and illnesses can also lead to a reduction in appetite. Sometimes this is because of symptoms of the illness and sometimes it is a side effect of medications used to treat the condition.

Medication can affect a person’s appetite as well as their ability to absorb specific nutrients. Always research medications or ask a doctor if they will have an impact on nutrient absorption.

Some medical issues will lead to an elderly person being confined to bed on a temporary or permanent basis. The nutritional needs of a bedridden senior are different from those of a more active older adult.

Certain medical conditions can also lead to dietary restrictions that make it difficult to manage nutrient levels. For example, a condition might limit the amount of fat or sugar a person can consume. Avoiding malnutrition while dealing with conditions like these can be tricky. Working with a professional nutritionist who specializes in the elderly is always a good idea if possible.

Not all causes of malnutrition in the elderly are linked to medical requirements. Many seniors struggle with a limited income, which can have a significant impact on their meal choices. It may be easier to buy cheaper foods rather than focusing on a well-balanced diet. Seniors may also suffer from limited mobility and social interactions; both of which make it difficult to eat healthy on a daily basis.

What Are The Consequences Of Malnutrition In The Elderly?

Poor nutrition can lead to severe health consequences in people of all ages. Unfortunately, the elderly are at an even greater risk of harm. Part of this is because of the natural loss of fat and muscle mass as they age.

Certain risks are also greater in the elderly because of existing health conditions. Here are a few of the severe consequences of malnutrition in the elderly that you should be aware of.

Millions of people in developing countries suffer from malnutrition and it is considered a leading risk factor for infection and illnesses. It is entirely possible for malnutrition to result in death, but it is far more likely to make the patient susceptible to serious infections that lead to death. Combining a lack of nutrition with unsanitary conditions is extremely problematic for seniors.

A serious infection can further increase malnutrition, which makes the scenario even more harmful. Certain infections can lead to diarrhea or anemia. Both of these conditions can lead to a lack of nutrition and create a vicious cycle.

Malnutrition is considered one of the major risk factors associated with skeletal muscle loss. And, as mentioned earlier, a significant decrease in muscle mass is linked to an increased mortality rate in people of all ages.

The problem of muscle mass is even more serious for seniors. It compounds with their natural loss of muscle as they age, which only further increases their mortality rate.

A loss of muscle mass can have more immediate negative effects as well. A decrease in bone and muscle mass increases frailty. It makes it a lot easier for a senior to suffer serious harm from a minor slip or fall.

There are several harmful cycles that begin with malnutrition in seniors. The cycle of malnutrition and infection is one of them.

More than 30 percent of hospitalized patients in the United States suffer from malnutrition. While they may be able to help remedy some of the conditions caused by malnutrition, they tend to make the core problem even worse. This creates an ongoing cycle of hospitalization and malnutrition that can eventually lead to more severe problems like infection or illness.

The best way to deal with malnutrition in seniors is to spot the symptoms as early as possible and then improve their nutritional intake.

The most obvious sign of a lack of nutrition is ongoing weight loss. If you’re a senior, then you should check your weight regularly and record the results. Discuss any weight loss with your doctor or nutritionist to determine if dietary changes should be made.

As a caregiver, you can help avoid malnutrition by being more involved in meal planning and prep. Take time to build a healthy, balanced meal plan for the week with foods that they are willing to eat. You can also make meals a more social event by joining in or eating out at a restaurant. It is really important to make sue seniors get as much nutrition as possible if they frequently refuse to eat.

Malnutrition affects seniors around the world. Sometimes the only difference between a healthy senior and one suffering from malnutrition is a caregiver who pays close attention.

Because I strive to provide you with accurate information, I had this article fact-checked by Kathryn Bubeck, RD, LDN a registered dietician in North Carolina. She has dual bachelor degrees in Nutrition and Health Behavior Management and is currently pursuing a medical degree with a focus on oncology.