Sibling Taking Advantage Of An Elderly Parent? Here Are The Steps To Take 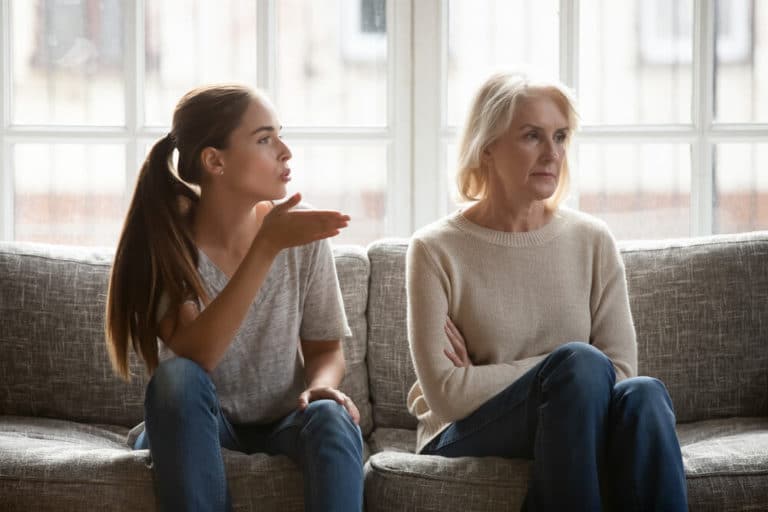 While it occurs a lot within families that have a senior who suffers from dementia or another illness, it also happens to perfectly healthy seniors. It’s not a rare situation at all.

What’s worse, the study showed that monetary losses were more significant when the older adult knew the person being taken advantage of.2 If you suspect there may be financial abuse going on and you are looking for specific signs to look out for, there are a few signs that could signal there is some sort of abuse going on.

In this guide, I’ll discuss some of the key signs to look for that could indicate a family member is taking advantage of someone. Plus, I’ll discuss how to address the abuse and how to go about reporting it.

Contents show
Different Signs That Could Signal Elderly Abuse:
1. A Family Member Is Living With The Parent
2. The Family Member Is Secretive About Finances
3. The Sibling Insists on Being with the Parent When Others Are Visiting
4. The Elderly Person Doesn’t Know Their Current Financial Situation
5. Major Withdrawals
6. A Lot Of Unpaid Bills
Steps To Take To Address The Abuse
1. Call Adult Protective Services
2. Contact The Local Police
3. Speak With Your Parent
4. Get Together With Other Siblings
Conclusion

Here are some “red flags” that might indicate a sibling is taking advantage of an elderly parent.

1. A Family Member Is Living With The Parent

This is one of the major signs that abuse may be more likely to occur. If a son or daughter that is supposedly financially dependent is living with the at-risk parent, it could be very easy for them to take advantage of the situation.

A lot of times the son or daughter will use his parent’s finances in order to fund their lifestyle. After all, they are always around and it is very likely they manage the parent’s money.

Therefore, anyone that is in this type of situation should be extra careful to ensure the son or daughter isn’t taking advantage of the situation to steal from the vulnerable parent.

2. The Family Member Is Secretive About Finances

If one child has total and complete access to the parent’s finances, it is going to put the senior at a much greater risk of being taken advantage of.

By having all of the kids auditing the finances of their parent, it can greatly reduce the risk of having one take advantage of the parent. However, if you notice that some of the account’s passwords have changed or they have been moving money to different banks or accounts that no one has access to, it is a clear flag that they are looking to hide something.

Therefore, if you have a sibling that is suddenly taking complete control over your parent’s finances, you may want to look even closer at the finances to ensure nothing bad is going on.

3. The Sibling Insists on Being with the Parent When Others Are Visiting

This one is a major red flag because it shows potentially controlling and overbearing behavior. It is very likely that the family member is looking to stay close to the aging parent to avoid getting their scam exposed.

If the family member is taking steps to avoid allowing the aging parent to go out on their own with other family members or to invite people over without them being present, it is highly likely they are threatening them for exposing what is really going on.

This is a major red flag – especially if the elderly person doesn’t have dementia or other related illnesses that could influence them knowing about their own finances.

If they are in-the-dark about their own finances, it could be a clear sign that they are being taken advantage of by someone in their family. A lot of parents will give their adult children the ability to control their finances, but it doesn’t mean they should be left in the dark. If the adult child (your sibling) is leaving your parent out of the loop, it could indicate they are up to no good.

If you are looking at your parent’s bank accounts and you notice they have substantial cash withdrawals, you should ask them about it. If they are unable to tell you why a significant sum of money was withdrawn from their account, it’s a major issue that needs to be looked into.

A lot of financial exploitation by family members can be tracked by looking at bank statements, credit card bills, and more. By looking closely, you can spot irregularities in spending patterns and withdrawals to identify the abuse.

6. A Lot Of Unpaid Bills

If you notice that your elderly parent suddenly has all kinds of unpaid bills, it could mean their primary caretaker (your sibling) is neglecting them. Whether they are doing this because they are using the money for their own needs or they are simply not getting the bills paid on time, it could be detrimental to your parent.

Keep tabs on your elderly parent’s mail to see whether or not they have a lot of unpaid bills or notices as it could be a warning sign they are a victim of financial abuse.

Steps To Take To Address The Abuse

If you suspect your sibling is taking advantage of your elderly parent, here are some steps you should consider to address the issue.

This is one of the best ways to begin helping your aging parent.

If you believe your parent is a victim of financial abuse from your sibling, this is one of the very first steps you should take. That way, you will be able to supply them with all of the information you were able to gather. Doing this will give you the ability to put it into the hands of professionals who will be able to sniff out the abuse.

If you suspect that your sibling is financially abusing your parent, consider contacting the local authorities.

Gather as much evidence as possible to give them something to work with. Supply them with the name(s) of the suspected abusers, what activity you found suspicious, and anything else that you can gather than would help them with the investigation.

3. Speak With Your Parent

Speak with the parent who you suspect is being taken advantage of. This way, you can ask them whether or not they are aware of anything your sibling may have done to take advantage of them.

Having open communication is one of the best things you can do to curb the abuse. By making your parent aware of your suspicions and the situation, you should be able to put things in motion to stop it.

4. Get Together With Other Siblings

If you suspect that one of your siblings is taking advantage of your parent or parents, discuss your suspicions with your other siblings. This will give you the ability to handle the situation with other people who care about your parent(s) and what happens to them.

They may be able to help you identify whether or not it is actually happening. Likewise, the more people you have on your side, the better the possibilities of a positive outcome.

Have everyone get together to take over the finances of the parent. Having everything completely open to all siblings increases the transparency and makes it much less likely anyone is bold enough to steal from or financially abuse the parent.

The elderly are much more vulnerable to financial exploitation for several reasons. For one, they tend to suffer from health-related impairments due to aging. This type of cognitive decline can cause them to be unaware of what is going on around them. Likewise, it can reduce their ability to remember things. Also, the fact they lose physical dependency can put them at a greater risk of being the victim of financial abuse from a family member.

After all, studies found that family members tend to be the most common perpetrator of elder financial exploitation.2 If you suspect a sibling is taking advantage of an elderly parent or you suspect they are already victims of this type of abuse, you should look out for some of the easier to spot warning signs to ensure you are able to stop it. Try to gather as much evidence as possible and report it to the authorities. If you have enough evidence, they will usually put a freeze on the elderly person’s bank and assets to ensure that there is no further exploitation once it is reported.

1 thought on “Sibling Taking Advantage Of An Elderly Parent? Here Are The Steps To Take”